The Power of Leverage: Broker Position in Diplomatic Networks and International Conflict

This paper argues that occupying a broker position in diplomatic networks influence a state’s decision to engage in militarized interstate disputes. By taking a different approach from conventional monadic or dyadic analyses, I suggest that the network position provides an often overlooked extra-dyadic component of a state’s opportunity and willingness to engage in conflict. By virtue of occupying a key position, broker states are more likely to interact with other states, therefore possessing a larger number of strategic and economic interests, and in turn more likely to engage in conflict. Equally importantly, broker states are more willing to engage in conflict as they often win over a wide range of support from other states through coercive and co-optive mechanisms. The findings of rare events logit and Heckman selection models show that the marginal impact of broker position in dispute initiation is nearly twice that of military capability. However, this impact is not consistent throughout the different stages of a conflict, as broker position does not exert a significant influence on a state’s decision to escalate a dispute to higher-level conflict. The findings indicate that diplomatic networks provide us a new lens which a state’s conflict propensity can be better understood. 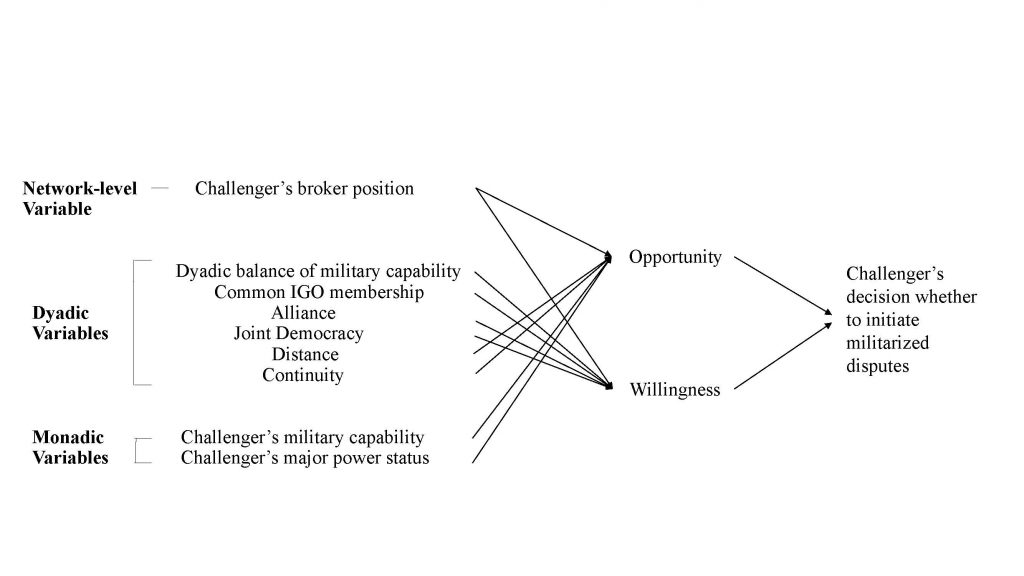 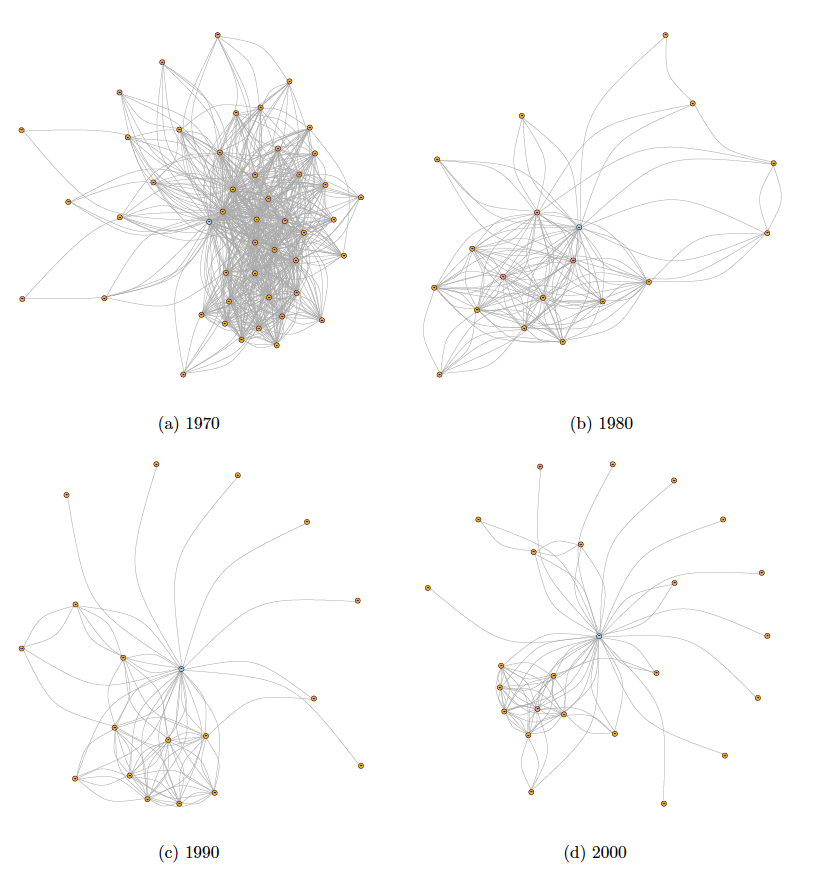 The Community Structure of Diplomatic Networks: 1970-2005

What makes some states more powerful than others? How do states rise in the international system? When IR scholars and foreign policy pundits avidly discuss rising powers and thereby expected polarity in the international system, they tend to focus on rising powers’ military and economic capabilities with an emphasis on increased military spending, the modernization of the armed forces, or the growing number of warships or aircraft carriers. Little attention has been paid to the extent to which and how rising powers become more centralized in diplomatic networks. My first article describes how states’ key positions within diplomatic networks have evolved over time and finds that material capabilities are not entirely predictive of structural positions in diplomatic networks. It also examines the ego-centric networks of major countries to show how their diplomatic networking strategies have differed and changed. By illuminating how and why network position affords a state significant soft power, I emphasize that the possession of greater material capabilities is by no means the sole determinant of some states being more powerful than others.

Like interest groups on other issues, immigration interest groups form coalitions to represent their interests and influence policy. However, there is little systematic knowledge about what leads them to advocate at particular times and not others and why they form coalitions instead of going it alone. Using networks derived from cosigning amicus curiae briefs on Supreme Court cases, we explore the coalitional behavior of interest groups on immigration issues between 1947 and 2012. Our network approach exposes which groups have coordinated their actions, how and when. We uncover the gatekeepers, the most popular, and the most powerful interest groups in these coalitions, as well as the Supreme Court decisions on immigration that generated the most attention from interest groups and those that had lopsided support. Finally, we use a dynamic network model to examine the impact of group characteristics and network structure on the formation and evolution of these coalitions. 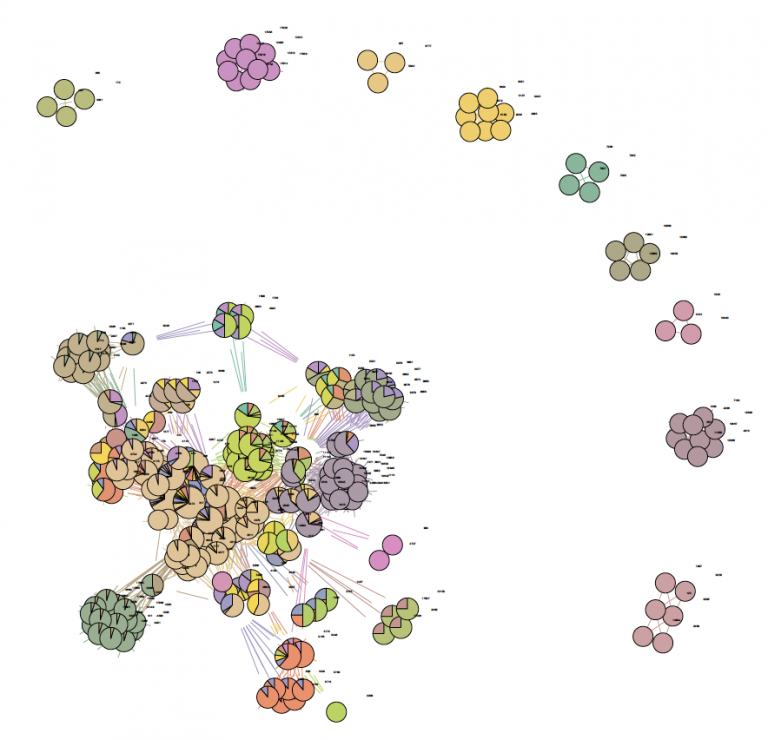